Who is Vermeer’s “Girl with a pearl earring” looking at? The answer in the image reflected by the earring 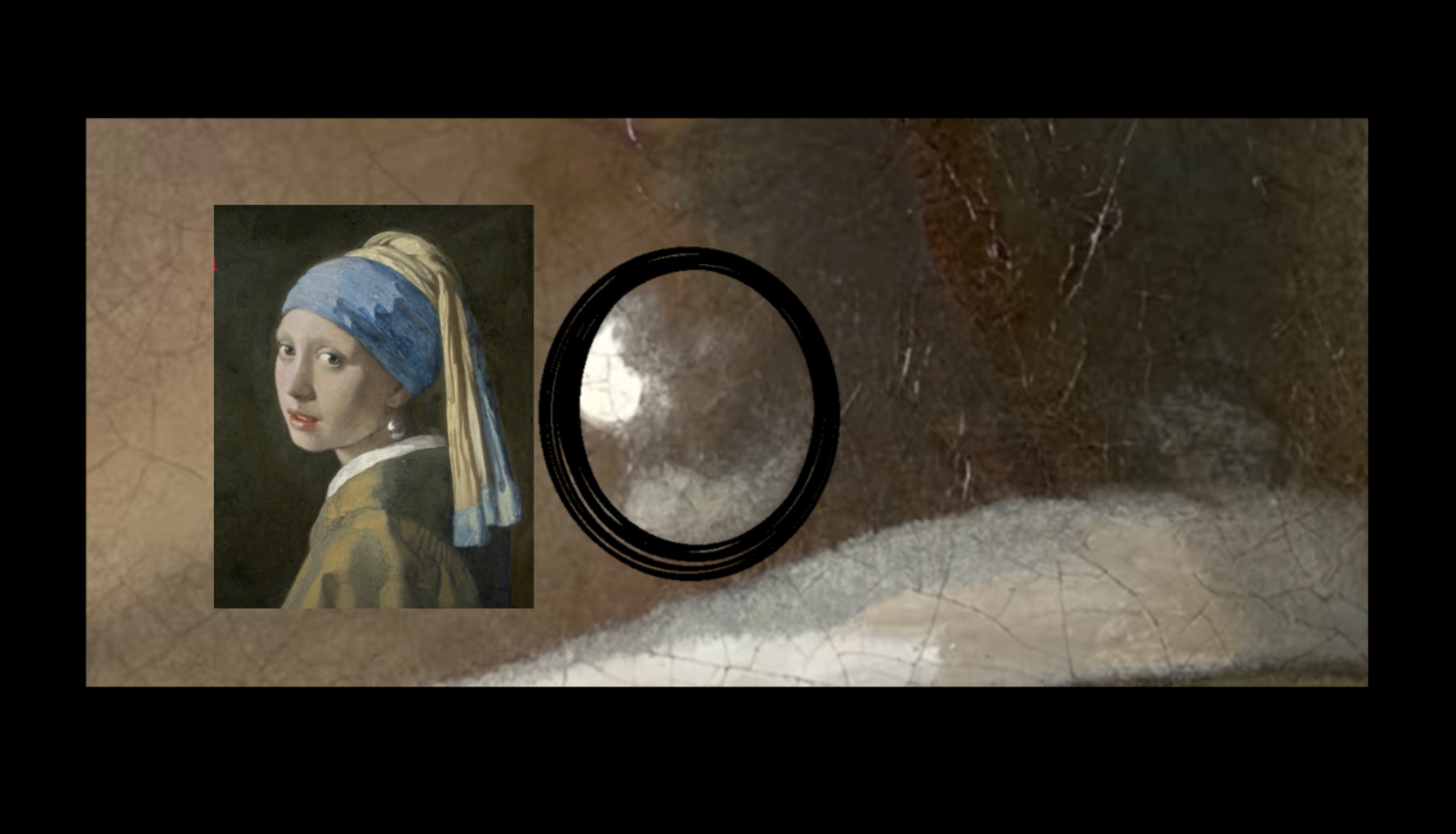 “The Girl with a Pearl Earring”, 1665-1666, oil on canvas, 44.5 × 39 cm, by Jan Vermeer, exhibited in the Mauritshuis Museum, the home to the very best of Dutch paintings, located in Den Haag. On the right the figure highlighted in the reflection of the pearl, which has been subsequently enlarged at the bottom of the page.

Slight enlargement of the glass pearl. The shaded parts were made with the same technique used by Caravaggio. With the brown color, Vermeer outlines some iridescent anthropomorphic figures

What is the psychological scenario that makes this painting extraordinarily magnetic? We wrote it in previous essays. “The Girl with a pearl earring”, celebrated by Vermeer, acts on the specularity of the seductive situation.

This is the psychological engine of the painting. The “turning back”, the hinging of the eyes in the eyes, during a visual encounter that leads to turn the gaze and not lose the one of the other.

A situation of love chaining, tied instantly. Being watched by someone who turns their head to look at us and to meet the gaze, it is central, in love seduction or in any relationship supported by an affectionate. It is seduction – at the first and perhaps only glance – but also renewal of a pact and bond of mutual interest.

On this specific system we have now worked in macro photography on the earring since the possible answer was clear in the optical root; in the indication of the deformed reflection. 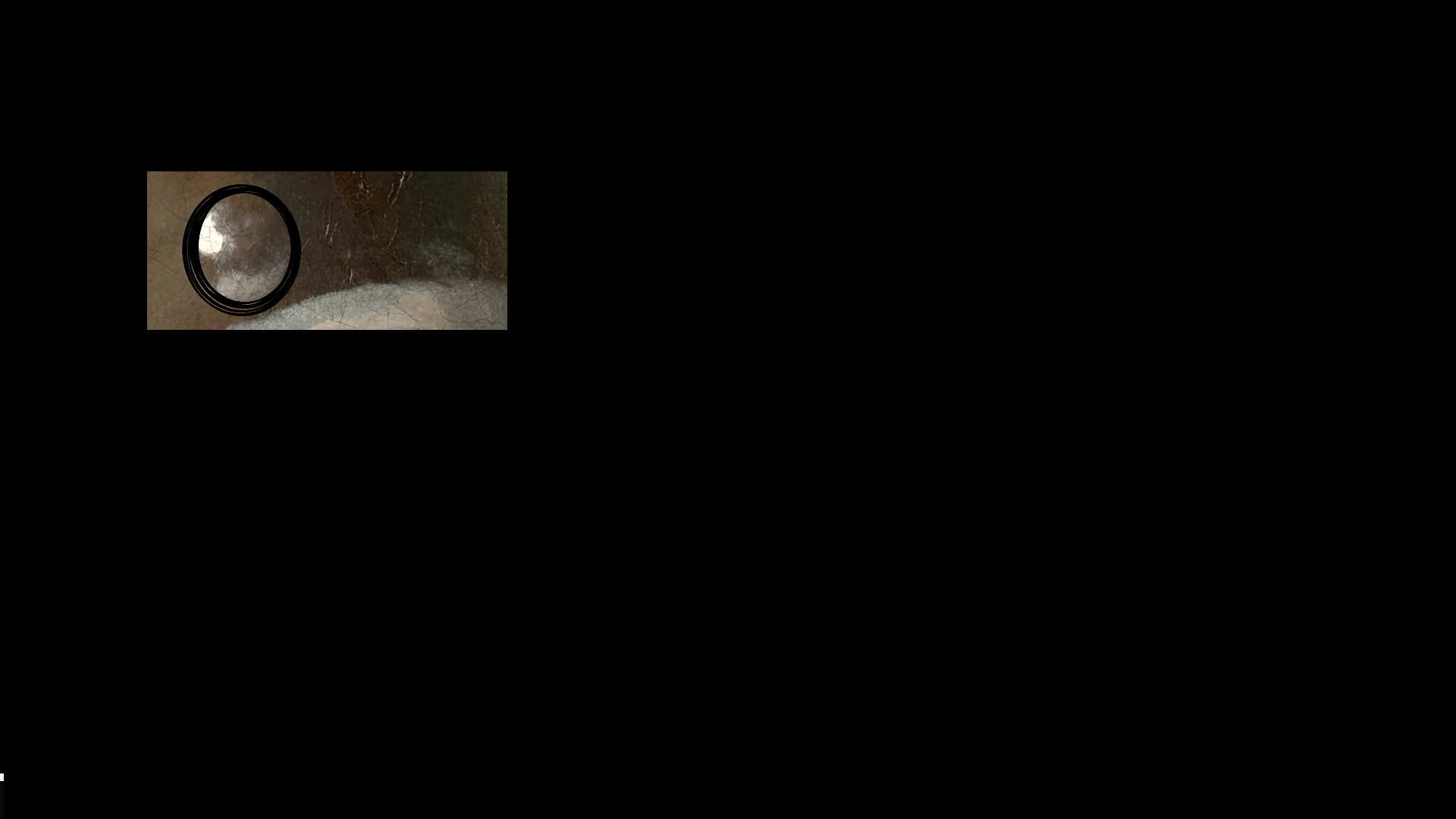 The figures have been recently isolated by Maurizio Bernardelli Curuz, a researcher of Caravaggio, who has been working for years on the iridescent images present in the preparation of Michelangelo Merisi’s paintings. The identification of the reflected male figure clearly highlights the loving substrate of the painting. And it seems a confirmation of the validity of the romance hypothesis written in the book “The Girl with a Pearl Earring” by Tracy Chevalier.

The larger male figure was isolated by Maurizio Bernardelli Curuz, with a procedure similar to that used by the Italian scholar for the works of Michelangelo Merisi: lock, with a frame, the change of ambiguous figures. In this way other minor figures appear in the penumbra, at the priming level. 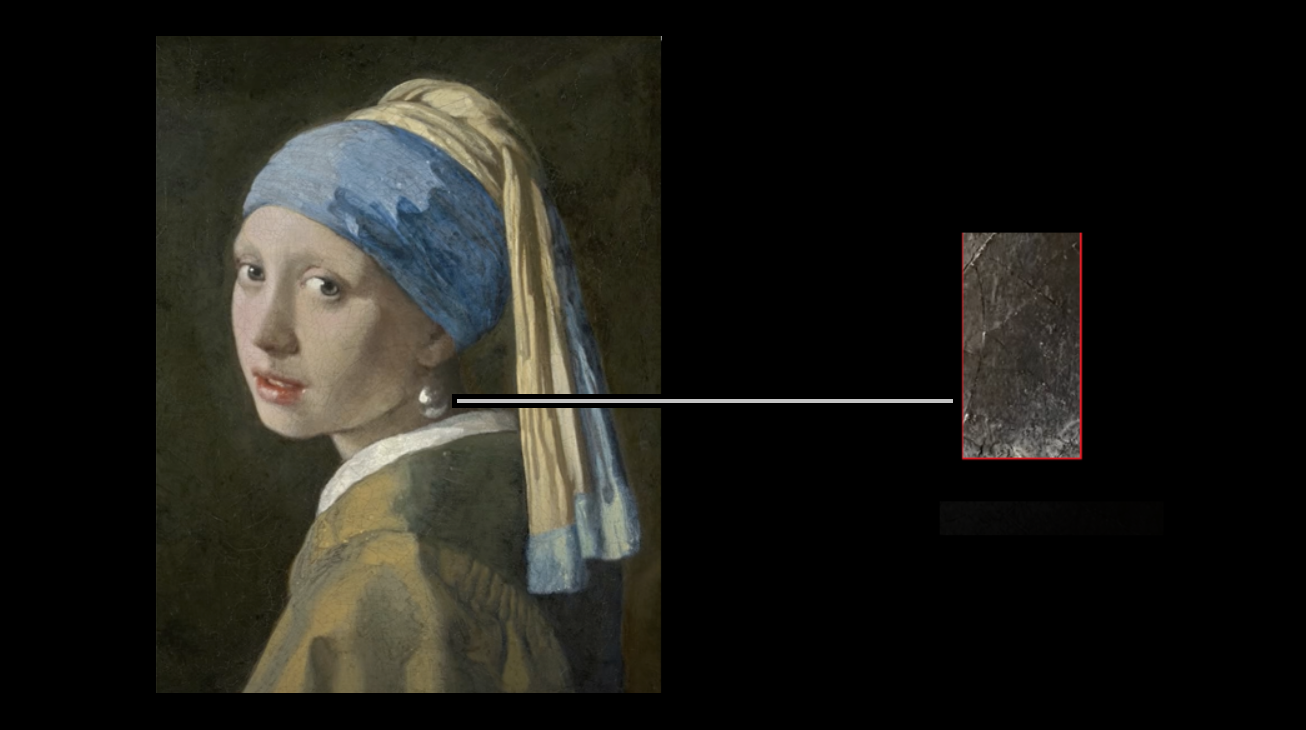 On the left, taken from the shaded area of ​​the earring, with macro-enlargement. 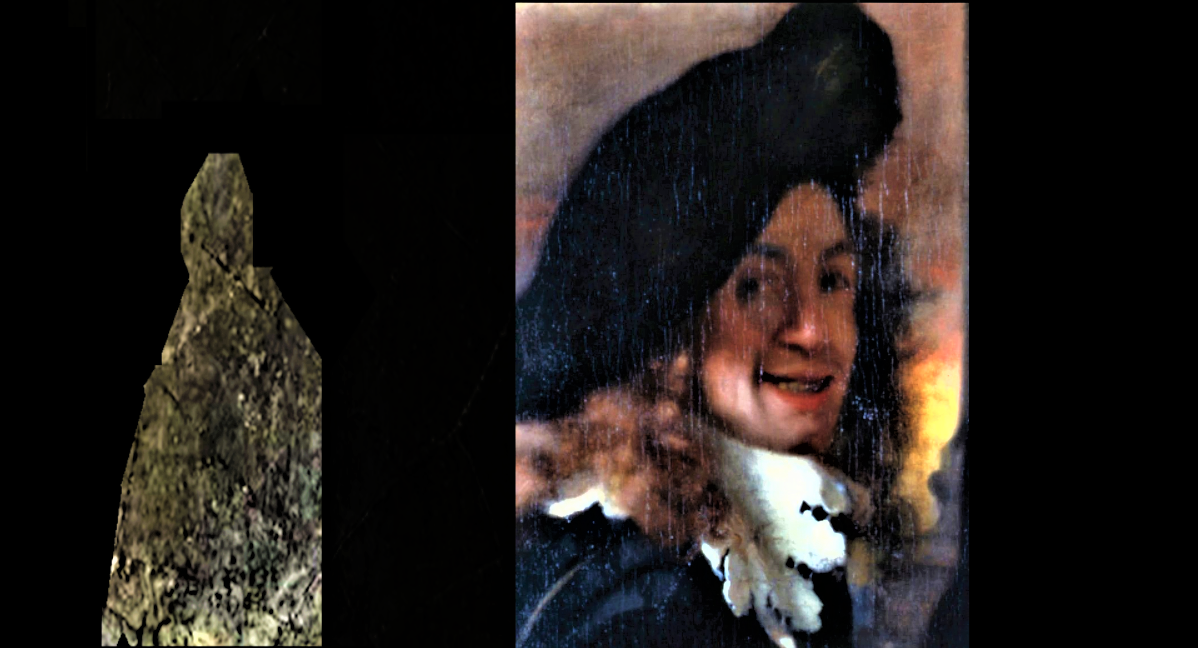 On the right, the presumed self-portrait of Vermeer in the painting “The Procuress”. 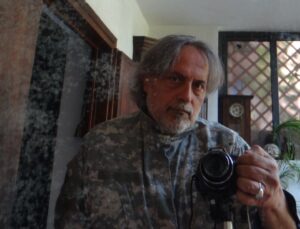 Maurizio Bernardelli Curuz, a scholar of Caravaggio, applied the same search criterion at the level of ambiguous figures also in Vermeer. The system of ambiguous figures is theorized and applied among the first by Leonardo, in a systematic way as control and development of the phenomena of pareidolia

The larger male figure, isolated by Maurizio Bernardelli Curuz, with a procedure similar to that used before with other painters: lock, with a frame, the change of ambiguous figures. Other minor figures appear in the penumbra, at the priming level.

Stile arte was founded in Brescia in 1995 by a very young team of art historians and cultural journalists, led by Maurizio Bernardelli Curuz. The group, in less than a year, thanks to a new way of dealing with art, rejecting commonplaces, became a publication of great value.

The periodicity of the publication was initially monthly. Huge economic efforts led the group to create the periodical on refined paper, with images with very faithful colors and with a layout that is a reinterpretation of the classic lay-out. Soon the magazine promoted, within its team or by gathering the research efforts of colleagues who work for other artistic institutions, a deep scientific research aimed primarily at recovering lost meanings of the artistic works. A recovery of the old iconological codes that found the climax in “The Secret Wedding of Raphael”, a study in which Bernardelli Curuz combined the archival investigation and the evidence of the paintings.

Stile arte have had the contributions of Vittorio Sgarbi, Flavio Caroli, Andrea Baboni, Lionello Puppi, Giorgio Cortenova and, in the context of Art food – a column created by Stile Arte – the chef Gualtiero Marchesi. Dozens of interviews with historicized contemporary artists constituted a historical source of great interest since Stile arte has always focused particularly on an analytical cut, capable of addressing all the facets of the research.

From the experience of Stile arte, the study “Young Caravaggio. The Hundred Found Works”, the discovery that revolutionized the Merisi system, moved on to a worldwide discovery, first strongly opposed, subsequently accepted, albeit with great embarrassment, as the research was based on a deep and deeply rooted rational foundation. Thanks to a synergy with “America Oggi” American magazine and with Japanese online newspapers, the studies conducted by free Italian researchers have reached the American and Eastern public for over a decade.

The further challenge, in 2011, was to convert the monthly magazine into a well-informed online newspaper, bringing news in all areas. Director in charge is today Federico Bernardelli Curuz. The artistic director is always Maurizio Bernardelli Curuz since the early days.

Stile arte is also present on the Facebook platform (www.facebook.com/stile.arte.it/); a hugely popular page with over 80,000 followers. Here the news of the day, curiosities, images and videos dedicated to art, design, fashion and current trends are presented and posted.

Maurizio Bernardelli Curuz (Rovereto, 12 August 1959) is an Italian art historian and art critic. He is the author of several studies on the semantics of works of art and is particularly concerned with the painting of the Italian 16th century and hermetic languages ​​in the field of the “ars memoriae” applied to paintings. Scholar of Caravaggio, he developed a stylistic morphological survey system and with his colleague Adriana Conconi Fedrigolli he came to the attribution of one hundred youthful drawings by Michelangelo Merisi, preserved among the materials of the workshop of his master, Simone Peterzano. Previously, nothing was known about the young nucleus of Caravaggio elaboration when he was studying and learning in Milan, before the transfer of the artist to Rome.

In 2006 he published “The Secret Wedding of Raphael”, a large essay in which iconographic, iconological and archival data are crossed, the results of which were taken up by the Nobel Prize winner Italian artist anactor Dario Fo, as part of his own show dedicated to the famous painter from Urbino. In the same year, Flavio Caroli, professor of art history at the Polytechnic of Milan, indicated Bernardelli Curuz as “critic of the year”.

Among his studies that confer new or revolutionary contributions, we remind those dedicated to Botticelli’s Spring, read as a possible mnemotechnical tool donated by Marsilio Ficino to Pierfrancesco de’ Medici, to the Three Philosophers of Giorgione – with the identification on the table of the oldest philosopher, of Alberti’s lunulas, linked to the insoluble problem of squaring the circle understood as quintessence -, to Bronzino’s Allegory of Love reported by the author to the love disaster caused by Elena and Paris, according to the descriptions in the Iliad.

With a study dedicated to the Michelangelo Code, he was also the artistic director and co-curator, along with Claudia Zevi, of “Matisse, Michelangelo’s seduction”, an exhibition reviewed by Financial Time as “an exhibition that reveals the structure behind the genius of Matisse “.

The attribution of 100 drawings by Caravaggio

In 2011, after having studied for a long time, through enlarged projections, the 1740 drawings kept in the Peterzano Fund, in Milan – folders containing drawings attributed in part to the master of Caravaggio, together with his colleague Adriana Conconi Fedrigolli, he was able to isolate materials not ascribable to Peterzano, but highly homogeneous and characterized by an intense “chiaroscuro” sense and by a strongly pictorial layout. The first drawing attributed to Caravaggio is that of a horse’s muzzle perfectly superimposable to that of the Fall of Saul from the Corsini collection. The research is intensified and soon also tiny graphic notes emerge, the ideas that Caravaggio developed during the Roman period.

One hundred were the drawings brought back by the two scholars to the Lombard master. Vittorio Sgarbi welcomed the discovery from the pages of El Pais and in several interviews. Claudio Strinati says that among those drawings, some are by Caravaggio. Other historians instead violently contest the attribution. 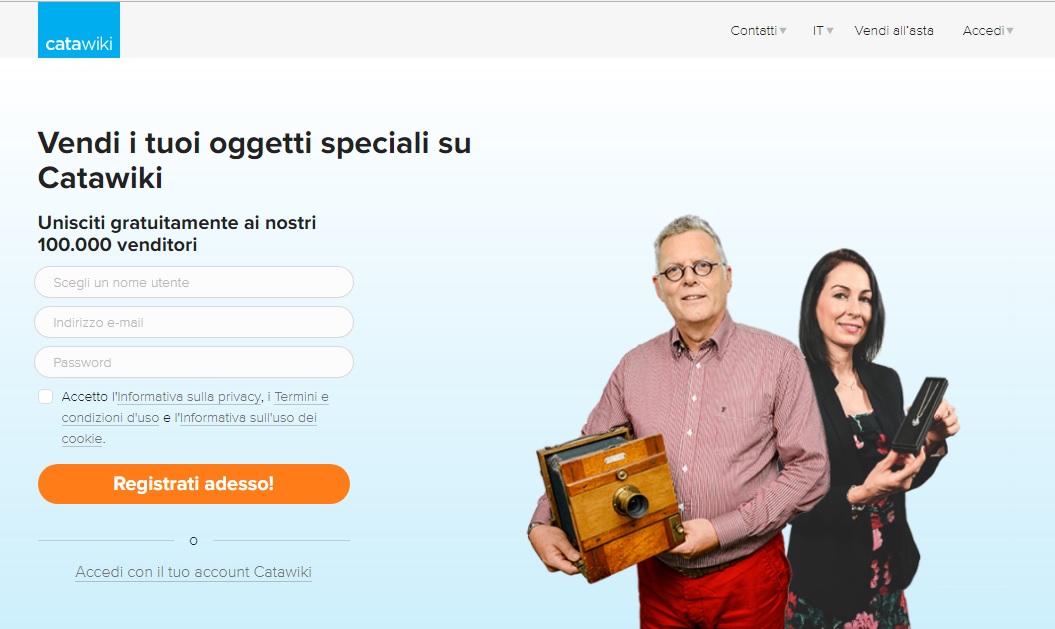 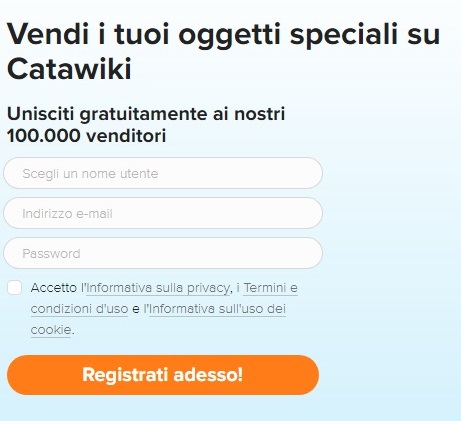 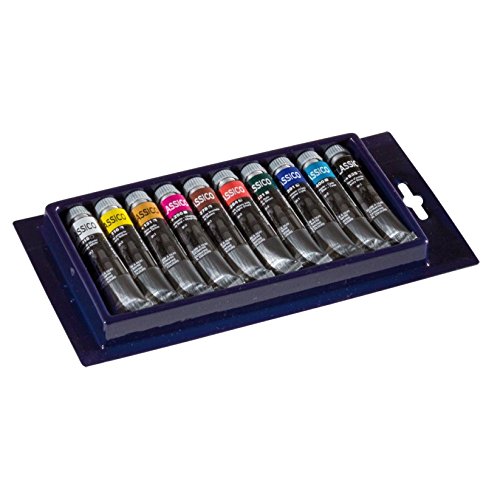 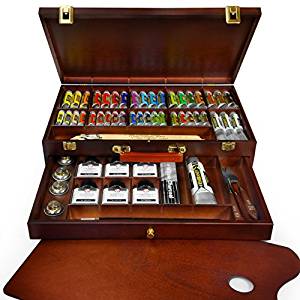 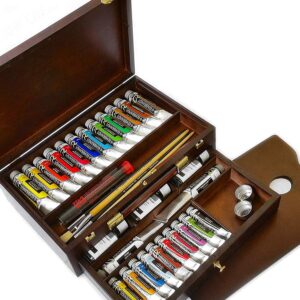 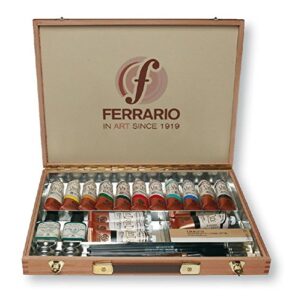 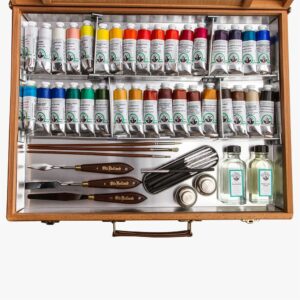 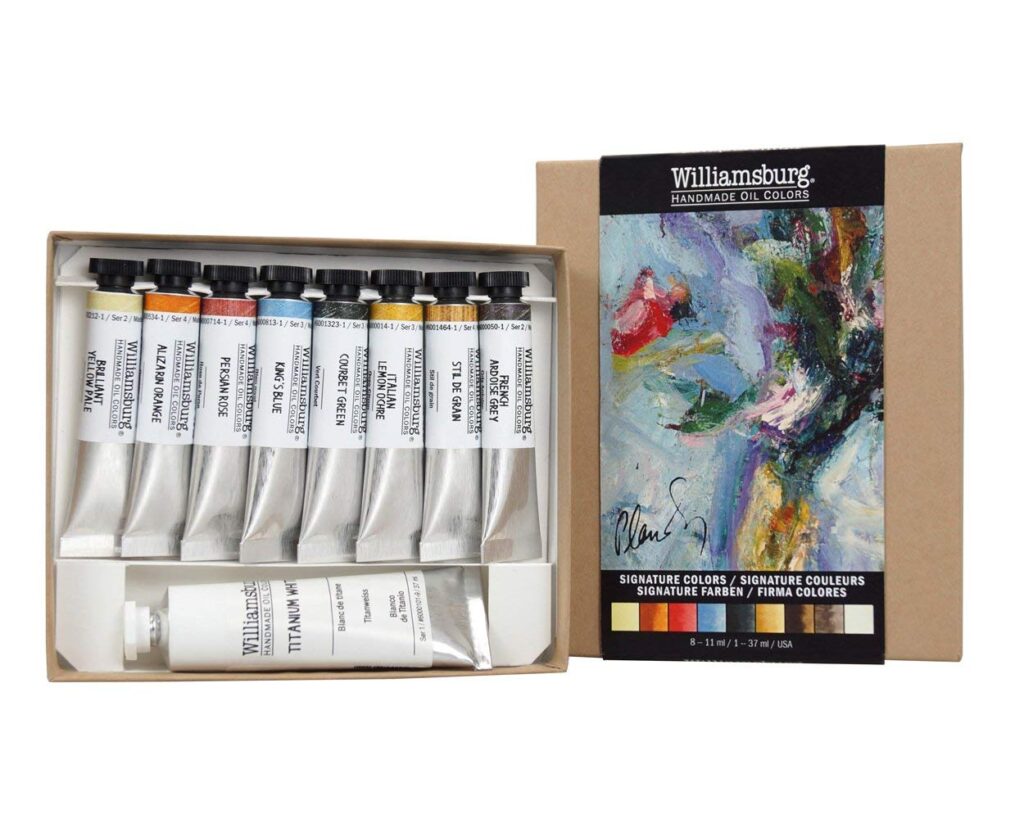 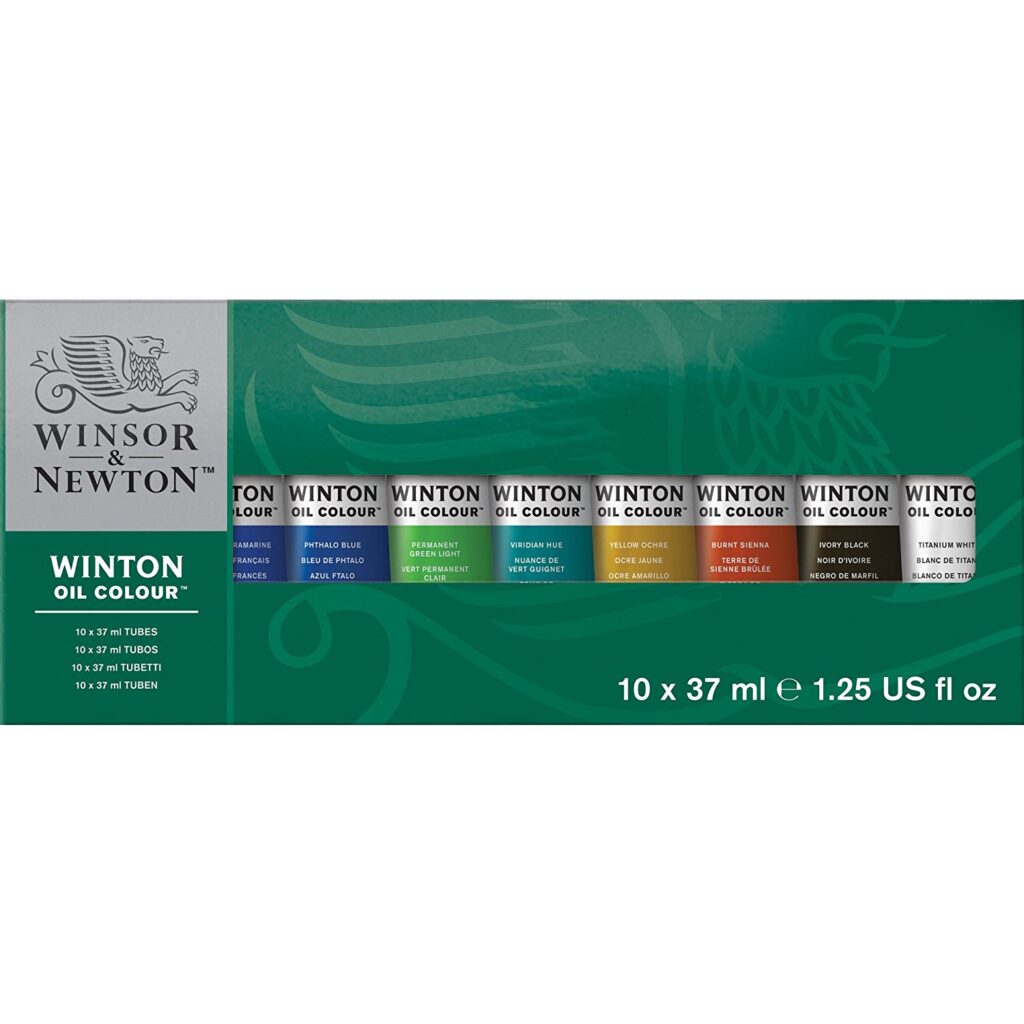